“It’s just the little things that you do for people that make them feel valued.”

One of the biggest and most talked about bar openings of the first half of 2022, Bar Planet is the little Newtown bar doing big things to change the way you think about your Martini.

“The big idea is to make Martinis seem approachable,” says Emma Bernardi. She’s the bar manager at Bar Planet and, along with the venue’s general manager Harrison Kenney, one of the key people responsible for delivering their unique take on hospitality, as she says in the video below.

Bar Planet is the latest bar to come from the team that brought you Tio’s Cerveceria, Cliff Dive, and the now world-renowned little mezcal bar that made a big impact on the Australian bar scene, Cantina OK!

In the video and the lightly edited transcript below, Emma tells me what Bar Planet is all about, explains their approach to hospitality — it’s all about dream weaving, which I love — and how they’re making the Martini less mysterious and more delicious.

For people who haven’t been to Bar Planet yet, it’s about two months old, tell us about the place. What is the idea here?

It’s like a Well, the big idea, I guess is to make Martinis approachable and not seem like really a suit and tie kind of thing.

Not uptight. Because they can be like, very exclusive. And  you ask people if they want it wet or dry, and they’re like, “Oh, it’s too complicated. I’ll get something else.” So [the idea is] to make it a little bit more fun and easy. But the  vibe of the venue is like a twisted bistro, kind of like galactic sort of thing.

Because with martinis, you sort of think of like hotel bars and your James Bond kind of palaver. How have people been reacting to the more casual approach, where you’re  democratising it?

Yeah, democratising for sure. I’m happy with calling it casual as well. People have been reacting really well, which is super, super nice. I think like, they’re asking a lot of questions, which is really promising,  you don’t want people to be scared away from ordering it, because it’s too complicated or there’s too many questions.

So the Bar Planet Martini, you guys are doing that a little bit differently to signature Martinis elsewhere. Walk us through that?

So the basic idea is we take what we call an Infinite Spirit, which we make with the guys at Poor Toms just down the road. We pick something that’s seasonal. And we distil like every two or three months — it kind of depends how quickly we go through it. So at the moment, we’ve got apple and chamomile spirit, which is made with these heritage apples from this crazy farm that [general manager Harrison] Kenney and [co-owner] Jeremy Blackmore went to and picked out like eight different varietals from four or five hundred. I think he said they were unknown. He was like a mad scientist of apples, I guess. So it’s apple and chamomile right now. And then we’re about to switch into blood lime and coriander seed.

And so that will get added to the apple spirit?

The idea of the Infinite Spirit is that it becomes like a master stock basically. So the spirit itself is sort of a cross between a gin and a flavoured vodka. And then yeah, we save a small part of each distillation, we marry it into the next distillation and so on and so forth. And then we batch it into our Martini, which is Infinite Spirit, little bit of an aromatic white wine, and just a tiny bit of dry vermouth, so it’s on the wetter side of the Martini.

What’s your origin story? How’d you come to be working here?

I kind of started off in this cocktail bar restaurant, sort of thing. I didn’t know, it was like, kind of like a dive restaurant sort of thing. And I just started off serving. That was really fun. I loved talking to people. And then, I don’t know, I just found myself gravitating towards restaurants, because I’m quite into my wines. And I like the relationship between food and wine and the experience that that builds for people. Then I did my time in in cocktail bars and that. And I really missed it.

You guys have been busy since day dot when you opened, right?

Is that because Cantina OK! is on The World’s 50 Best? Were customers like, well, what are they doing next?

This is pretty unique for Sydney and for Australia. There’s no other place like this place.

Is that why you come to work? Is it the hospitality side of things?

It’s definitely the hospitality side of things. I mean, I love the drink side of things as well. And I’ll get very nerdy and technical, but it’s just like, to a certain extent, it’s not that applicable during service. Like, you can see you’re talking to people and they’re zoning out and they’re not understanding what you’re talking about. You’ve got a bit of a disconnect. So I rather just come to work and talk to people and make people’s nights. We’ve had some very special moments here, even though we’ve only been open for two months. We had a couple get engaged here.

It’s crazy that after such a short period of time, someone’s like, I want to get engaged here. Like it’s a huge moment in someone’s life. So that stuff is really what kind of keeps me coming back to work because it’s really special. We talk about it as dream weaving. Kenny and I are super passionate about dream weaving basically, just the little moments that make someone’s experience really memorable. And it’s never really that connected to the drink. I find it’s just the little things that you do for people that make them feel valued.

You don’t always remember the drinks you had at the ball as much as the interactions that you have with people.

We try to dream weave whenever we can. An interesting example, this woman came in the other day and she was like, oh my god, it smells amazing in here, because we burn palo santo at the beginning of the shift to kind of like, set the space.

Palo Santo is a wood?

Yeah, it’s the wood of a tree. It has the same effect as sage essentially. But apparently sage is not very sustainable. So we try and we burn palo santo at the beginning of the day, because it gives the room a nice smell, it sets the space for the evening, gets you into that mindset. And this woman walked in just after we’d open and she was like, it smells amazing in here. What is it? And we talked about how we burn palo santo and did the sage yarn and everything. And she was like, Oh, my God, that’s, that’s amazing. I’ll have to get some. And I just like, wrote a little note and brought her some palo santo. And I was like, this is to cleanse your house, please enjoy it. And she was so touched and moved. And that was special for me as well. It’s just those little moments that are...  It’s so far away from making drinks for someone or giving people food. You know, it’s just like this different kind of level of hospitality, I guess.

It’s pretty, pretty special. They’re gonna talk about it to their friends. I just wanted to touch on the decor in this place. Can you tell us what the story is with mosaic on the bar and sort of the design aesthetic that’s going on here?

Like I said, the aesthetic is twisted Bistro, which is where you get all these funky little shapes and squiggles and stuff like that. And kind of loud colours and things like that.

But the centrepiece of the bar is, obviously, the bar top. It’s a commissioned piece from a local guy called Dave Humphries. It’s really special. He comes in often and has a Martini. He’s a really cool guy.

It’s great. So if people haven’t been in here yet, what kind of vibe should they expect when they walk through the doors? What should they be drinking? What what’s the ideal kind of Bar Planet experience?

And then another really important thing to do when you’re at Bar Planet is to order Sarays from next door. eateries here. What’s the res? Sarays is a Turkish restaurant which is like, the best food — get the veggie pide, and chips with extra chicken salt.

Okay, so this is why this bar is not like any other bars, right? It’s a Martini bar, but it’s got this 90s grunge aesthetic. And you’re eating stuff from Sarays.

Yeah, you got to do Sarays. It’s critical to the to the Bar Planet experience. 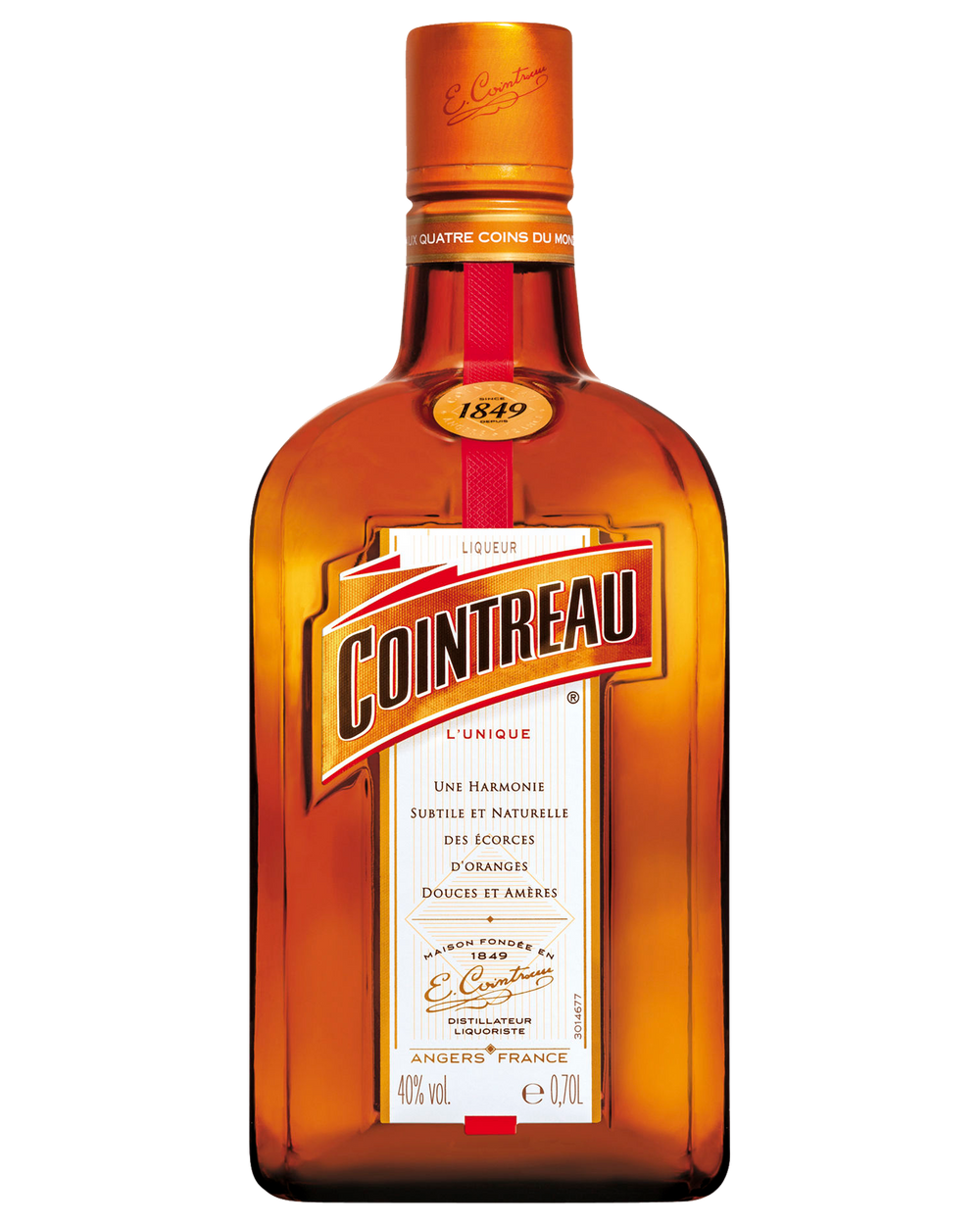 Share this article: Link copied to clipboard!
Written by

Read more posts by this author